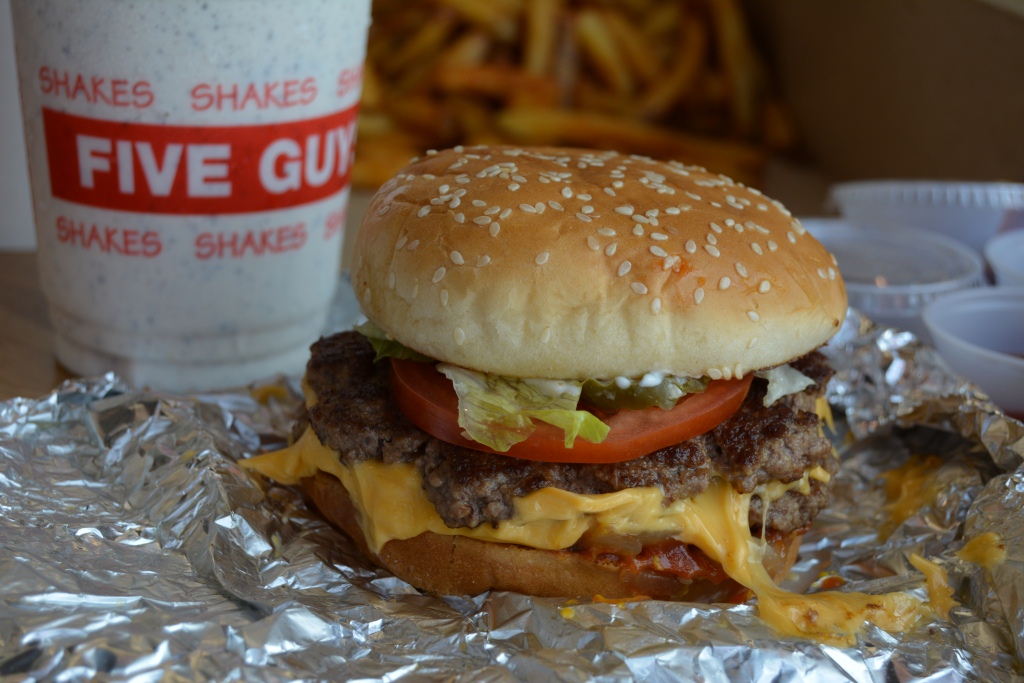 Five Guys has opened a new branch at La Mer and it’s the most happening burger place! Large dining space draped in red and while has both indoors and outdoors seating. The ambiance is of an American diner. It was my first time trying Five Guys. We got the Oreo and Strawberry milkshakes loaded with whip cream.

I ordered a Cheese Burger which came wrapped in a foil. It was big in portion and oozing with cheese. It was tender and juicy! The Cajun fries were perfect with it. 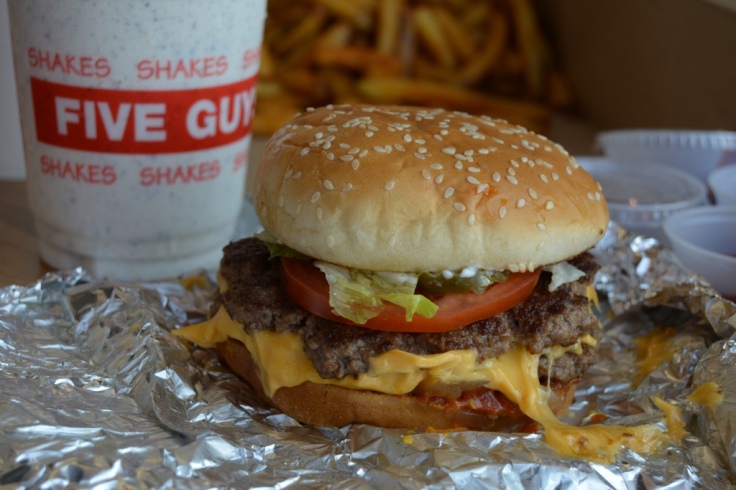 We also got a hot dog and dare I say I might have enjoyed it more than the burger. 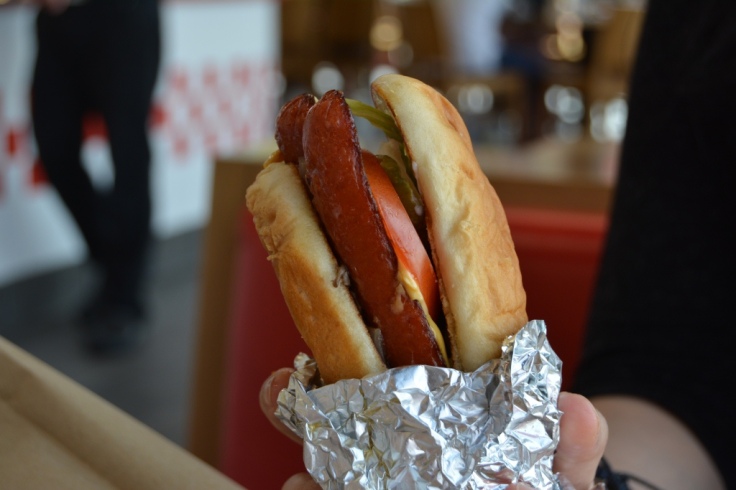 Also tasted the grilled cheese sandwich which was on the softer side than crisp and it’s the only vegetarian option.

I was very impressed with the staff and their energy levels. They were jolly and were having fun while working. The branch manager David was a delight as well. If you’re craving for a burger at La Mer, Five Guys it is !!!