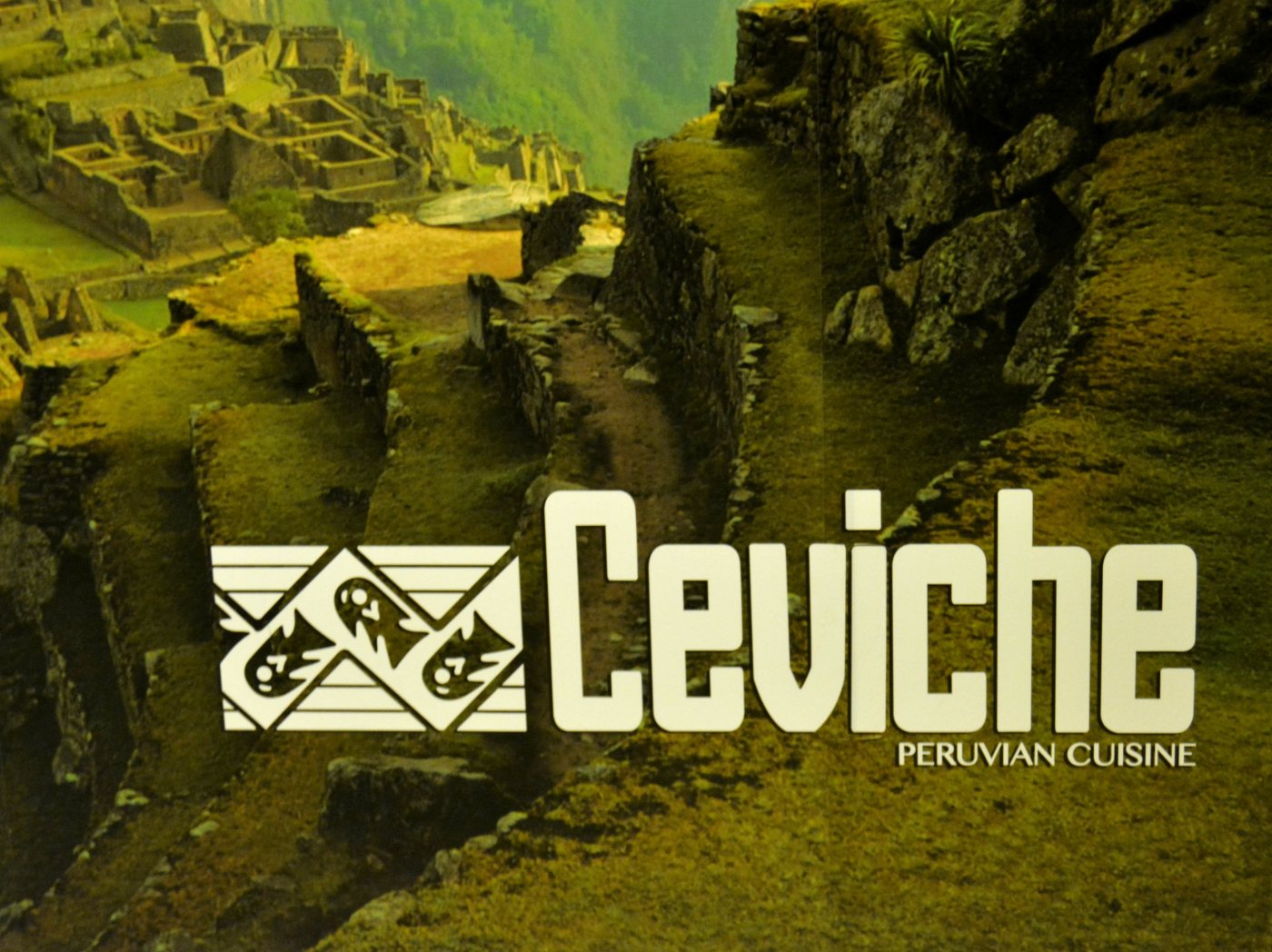 Never have I ever had Peruvian Cuisine in my life until I discovered Ceviche. Nestled in DIFC, Ceviche brings you some authentic and some fusion dishes to cater everyone’s taste buds.

This restaurant doesn’t serve Alcohol hence it is a family friendly restaurant. The ambiance is quite warm and cozy. The interiors are decorated with some exposed bricks and Peruvian rugs and paintings on the walls.

At first, it was hard to grasp the names of the dishes and drinks but repeating it several times did it.

For the drinks, we ordered Chicha Morada and Maracuya. Chicha Morada is a sweet Peruvian beverage made from purple corn, and spices. Non-alcoholic, it is a type of chicha usually made by boiling the corn with pineapple, cinnamon, clove, and sugar. Whereas Maracuya is Passion Fruit juice.

Both the drinks were refreshing and something different from the usuals. I enjoyed my good old Passionfruit juice while Mr. A sipped on his Chicha Morada.

For Appetisers, the Head Chef presented to us the starter on which the name of the restaurant is based, Ceviche!

Ceviche is basically a South American dish of marinated raw fish or seafood. Since none of us was feeling so exotic to try raw fish, the chef happily substituted the raw fish with cooked seafood as he doesn’t want people to get intimidated with a relatively new cuisine. This is called Ceviche Mixto. Highly recommended!

The fried calamari was just perfect and the spicy creamy dip that was served along with this starter enhanced its flavors.

Aji de Gallina – Chicken breast strips, parmesan, yellow chilli cream. Steam potatoes and olives. The chicken was more like shredded as I was expecting it to be a strip and the chilli was mild. It was topped with an egg.

Lomo Saltado which is stir fry beef tenderloin  strips served with onion, tomatoes, soy sauce, and fries The beef was juicy and flavorful and the potatoes which were slightly caramelised in soy sauce tasted divine. Recommended!

Pescado Alo Macho which has fish fillet and seafood mixed in chilli sauce served with baby potatoes was my favourite dish. The highest quality of seafood enhanced the taste of this dish.

Dulce de leche was torched right in front of us but both of us found it to be way too sweet.

Chocolate covered Lucuma ice cream was a delight. Lucuma is a subtropical fruit native to the Andean valleys and produced in Peru and Ecuador

Ceviche is headed by Chef Gonzalo Alberto who was very helpful in explaining the dishes and gave insight into the culture and history of Peru. The staff and service of Ceviche were excellent.